A common complaint of patients who are referred to a hand specialist is loss of mobility and motion of the fingers. Most often these complaints are gradual in onset, rather than starting abruptly. The stiffness and loss of mobility may or may not be associated with pain. Usually, patients complain of the inability to do activities they enjoy because of loss of gripping ability or fine dexterity. Important and common causes of this loss in mobility include Dupuytren’s contracture, arthritis, locked trigger finger, and various injuries. Fortunately, there are treatments available for these conditions. The following article describes the common causes and treatment options for finger stiffness.

The palm of the hand contains many important structures that allow the hand to function normally. Very small nerves travel next to tendons and muscles, allowing the hand and fingers to create function. To help bind, cushion, and separate these structures, there is a thick layer of connective tissue called the palmar fascia. It is similar in appearance and texture to gristle found in meat. Normally, this layer is not visible nor necessarily palpable from the skin surface. It is this layer that develops a scar (fibromatosis) in Dupuytren’s contracture.

Dupuytren’s causes a contracture or bending of the fingers into the palm. Typically there can be demonstrable cords in the palm and fingers that act as tethers, which keep the fingers from opening up all the way. Occasionally, these cords can be accompanied by small pits or nodules in the skin. Patients typically seek help when the amount of tethering interferes with daily activities such as shaking hands, putting the hands in the pockets, or fine manipulation. It is also possible that the cords can interfere with grip. Typically, the cords do not cause pain. Dupuytren’s contracture is a genetic disorder that is most often found in people of northern European ancestry, but can effect anyone. It can occur in one or several areas of the hand and fingers and at nearly any age. The severity and progression vary from person to person and cannot be accurately predicted, but the speed of previous progression and previous responses to treatments can serve as general guides.

Treatment is focused on allowing the fingers to straighten out and restoring function. This can be done surgically by excising (removing) the cords in the palmar fascia, incising (cutting, but not removing the cords), and Xiaflex injections. These are specific injections which work to dissolve the cord, allowing the finger to straighten out without surgery. There are various advantages and disadvantages to each of these treatments, and your orthopaedic hand specialist can help you decide which is best for you based on your pattern and severity of Dupuytren’s contracture. 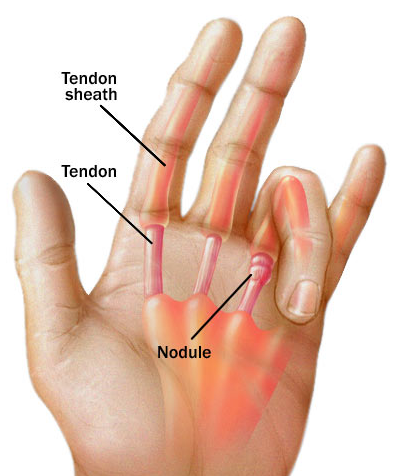 Trigger finger, or stenosing tenosynovitis, is a common condition and can cause a stiff finger. In a normal finger, there is a ‘tunnel’ made up of a system of pulleys throughout the finger, which the tendon glides through. When there is swelling, from any number of causes, the tendon can catch at the opening of the tunnel. For example, this is similar to a thread which can be typically be pulled back and forth easily through the eye of a needle, but when there is a knot on the thread, it gets caught at the eye of the needle. Like in trigger finger, when this knot/swelling is big enough, the tendon can actually get caught in the tunnel. There are other, more rare conditions that can be mistaken for a locked trigger finger, and these must be kept in mind when considering a diagnosis. A trigger finger usually presents pain, locking or catching of the finger when moving it, and occasionally a permanently bent finger.

Trigger fingers can be treated with steroid/cortisone injections as a first line of treatment. There is a success rate of up to 75% after a single injection. Splinting the finger in extension is also a treatment option, but these splints are often poorly tolerated and can be cumbersome and uncomfortable to wear, so are not typically offered. A final option is surgical treatment. With surgery, a small incision is made at the edge of the tunnel and it is ‘opened’ so that the tendon does not get caught. With the needle and thread analogy, this is similar to widening the eye of the needle, allowing the knot on the thread to easily move back and forth. Surgery is typically a permanent fix for this problem. 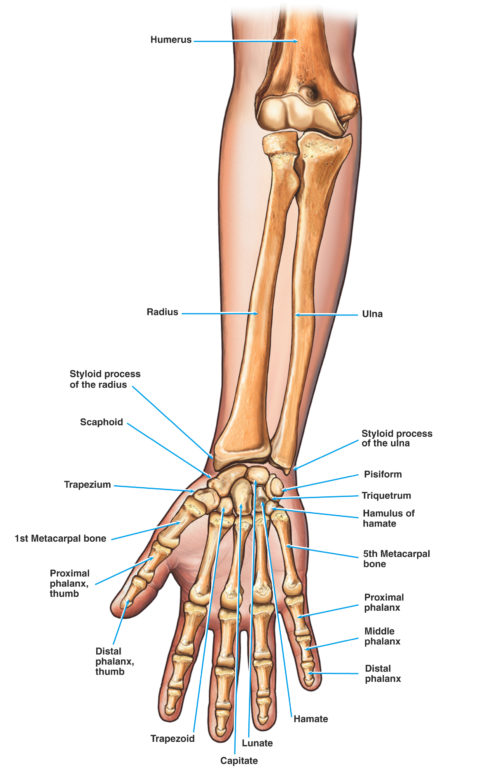 It should be apparent that stiffness in the finger or hand is not always arthritis, but arthritis still remains an important cause of finger stiffness. Arthritis is the loss of cartilage that covers the end of the bones, which allows for smooth motion at the joints. It can be caused by a multitude of reasons, including genetics, wear and tear, and injuries, such as fractures. Typically, but not always, arthritis is accompanied by pain in the joints and swelling. Bone spurs can develop and widen the joints, causing misshapen fingers.

Treatment of the arthritis is based on location. NSAIDs (nonsteroidal anti-inflammatory drugs) such as ibuprofen, aspirin, and naproxen, can be helpful in early stages. As the arthritis progresses, they typically become less effective. Steroid injections are stronger anti-inflammatory medications that can be injected into joints to give relief from the symptoms of the arthritis. Depending on the location of the arthritis, splints or braces can also help. Specifically, thumb base arthritis can be helped with individualized braces. When activity modification, NSAIDs, steroid injections, and splinting fail to help, surgery can be considered as an option to treat arthritis.

Surgery for arthritis in the fingers varies based on the location of the arthritis. One surgical option is when the larger two joints in the finger, between the Proximal Phalanx and the Middle Phalanx (illustrated on this page), are fused. Another surgical option is to have a small joint replacement. A fusion procedure keeps the problem finger joints from moving so that pain is eliminated. Joint replacements aim to maintain or improve range of motion and eliminate pain. The smallest joints at the tip of the finger, between the Middle Phalanx and Distal Phalanx (illustrated on this page), are usually fused when the arthritis fails to respond to other treatments. This eliminates pain and restores a more normal appearance at the tip of the finger, however, this is also at the expense of motion.

Finally, thumb base arthritis, located between the Trapezium and the 1st Metacarpal Bone (illustrated on this page), has many surgical remedies. One surgical treatment for thumb arthritis is similar to a hip arthritis, where the arthritis is eliminated by removing the head of the femur (thigh bone) and then replaced using a metal implant. In thumb arthritis, a portion of the bone at the base of the thumb or the entire bone is removed, eliminating the arthritis. Usually, a suture or a tendon from the wrist area can then be used to replace the missing bone rather than a metal implant.

Other important causes of finger stiffness and loss of motion include old tendon injuries, sprains, and fractures that have healed incorrectly. These should always be considered among other possibilities for a stiff finger. If you are experiencing finger stiffness, ask your orthopaedic hand specialist about your particular diagnosis and treatment options available to you. 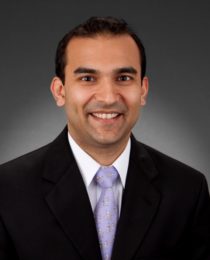 Dr. Zakariah S. Mahmood is Board Certified in Orthopaedic Surgery. He attended medical school at the University of Miami Miller School Of Medicine and completed his residency at the Jackson Memorial Hospital at The University of Miami. Additionally, he obtained his fellowship training in Hand and Upper Extremity Surgery at the Warren Alpert Medical School at Brown University in Providence, Rhode Island. Dr. Mahmood practices at The Orthopaedic Institute’s Ocala facility. 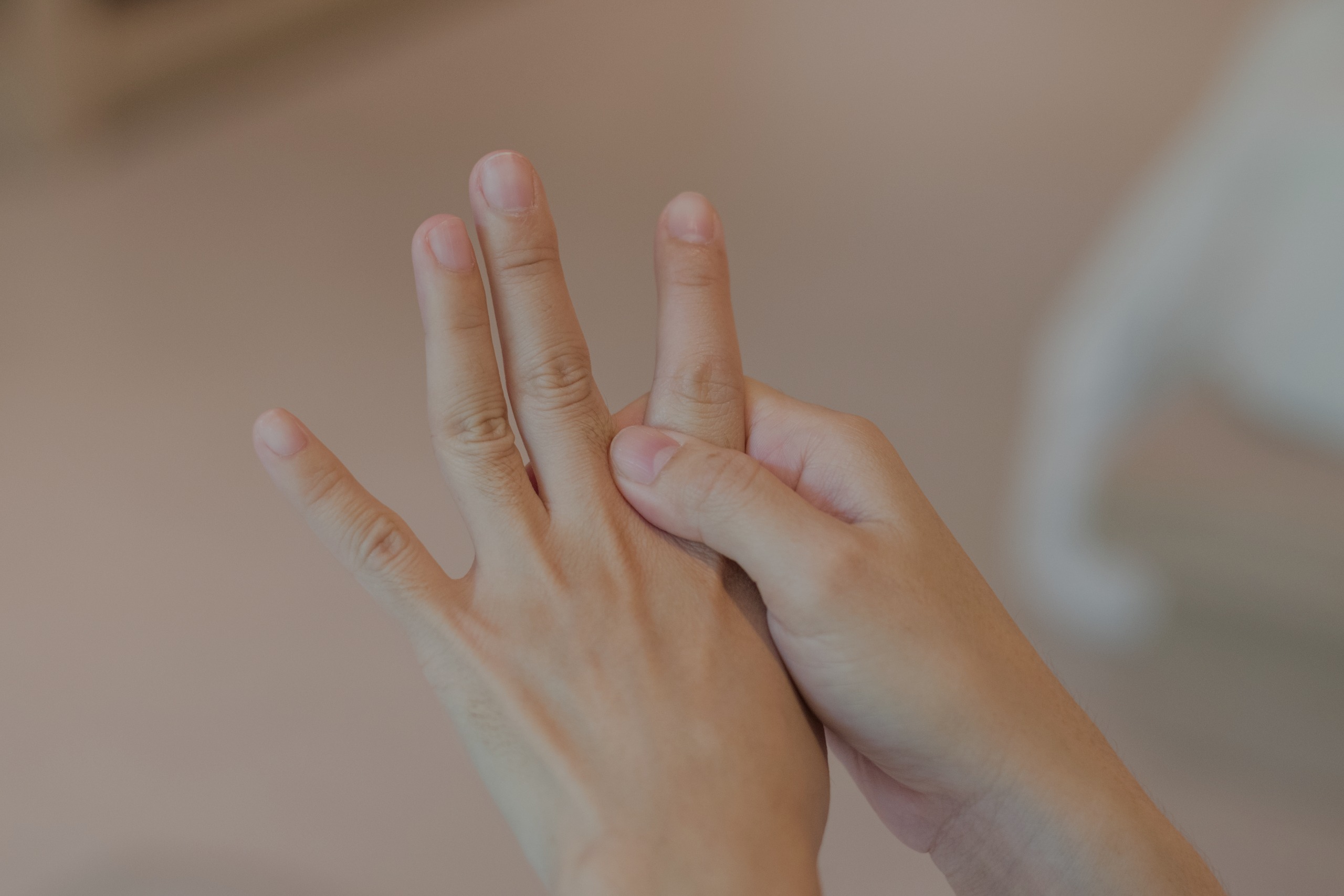